Keeping up with Leonard Martin is no easy task!

But being retired hasn’t slowed him down one bit. In 2004, at age 84, Len was parachuting out of planes in Gananoque, Ontario and over Arnhem, Holland to commemorate the 60th anniversary of the Battle for Arnhem, Holland, a World War II British invasion, when he was a paratrooper with the First Independent Parachute Brigade of the British Military. Since then, he has been busy writing a book about his life, spending time with his family, travelling and, as always, managing his properties and remaining active in the community. Currently (May 2006), Len is in Holland at the invitation of Her Majesty Queen Beatrix of the Netherlands. He plans to make another jump in 2009 to mark the 65th anniversary and every five years thereafter. Below are some family clippings and the cover pictures from his book, “Through the Years, My Life from 1939 to 2006”, which is a great read from start to finish! 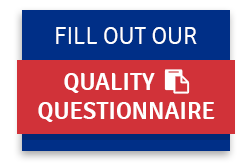